Savasana (pronounced shah-VAHS-anna) is a pose usually done at the end of yoga classes. Practitioners lay flat on their backs with eyes closed, palms up, and heels spread. Savasana is translated as "Corpse Pose" and as the name tells us, the goal is total surrender. Savasana is essential to practicing yoga. Although it may seem like it is just laying passively on a mat, there is so much going on inwardly with this pose. It is a time for the body to absorb the benefits of the

In 2014 the United Nations General Assembly declared June 21st at the International Day of Yoga. According to International Day of Yoga official website, “175 nations, including USA, Canada and China co-sponsored the resolution.” In a time when our world feels so divided, it is hopeful to see yoga recognized today on an international level. Hon'ble Indian Prime Minister, Mr. Narendra Modi addressed the UN General Assembly saying, "Yoga is an invaluable gift of India's ancient 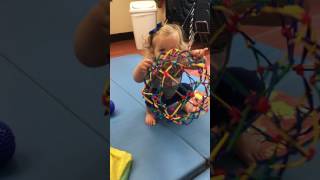 There's a very simple lesson that I wish I had learned as a child: "If you change how you breathe, you can change how you feel." When you're in a frenzied state of mind the breath is often shallow, short and quick. You may even hold your breath for moments without realizing it. Breathing this way signals the "fight or flight" response in the body which means you feel like you're in danger. It's an endless cycle. You breathe shallow, short and quick because you are stressed, a

I've been teaching Story Time Yoga for caregivers and children ages 6-24 months for a few weeks now. It's been so much fun and I love leading the class. Here are 5 reasons why I think you should bring your little one! 1) It is never too early to start yoga. I totally understand the hesitation to bring your baby or toddler to a class when they might not "do" anything. The beauty of yoga- and what I love most about it- is that it's not actually about doing anything. It's about 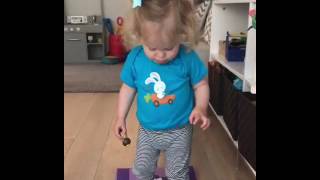 After years of teaching yoga to children, I have found that the most valuable thing I can offer in my parent/child yoga classes is to set realistic expectations for the parents. As parents we want only the best for our children. So when it seems like our child isn't focusing on the class we brought them to it can be very frustrating. One of the biggest lessons I've learned over the years is that "learning" doesn't always look how you would expect. At the beginning of Story Ti

It has long been a dream of mine to start my own kid's yoga business, and here I am finally doing it. I'm so happy to be here. Thank YOU for being here too! Yoga is a Sanskrit word meaning "union." Yoga unites the mind and body. Yoga unites breath and movement. Yoga also unites people. It is a deep passion of mine to bring people together to truly see one another. When we connect with others we realize that we are much more similar than we are different. We also remember that

The Gift of Private Yoga

Planting the Seed: The reason to bring your baby to yoga.

Why I Love Teaching Yoga to Children

The Key to Teaching Kid's Yoga: Expect the Unexpected